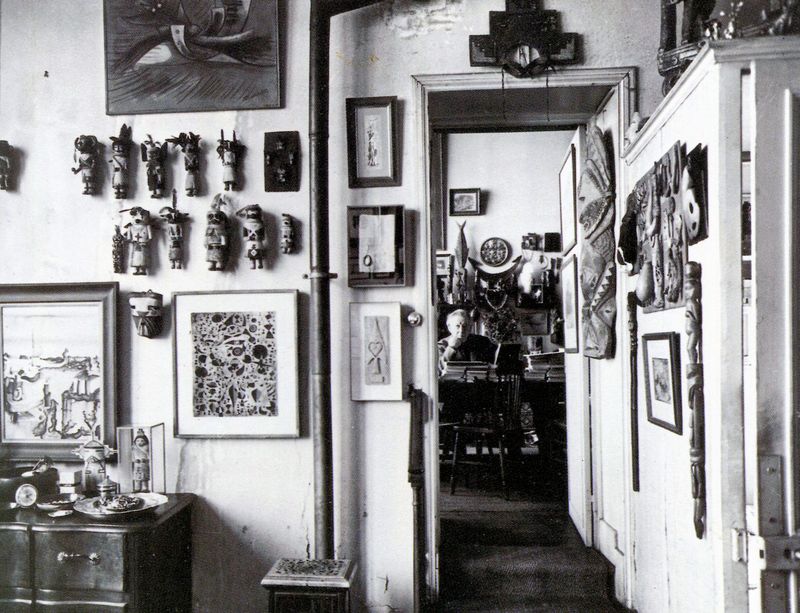 Breton’s apartment in Paris, filled with objects he and Levi-Strauss bought while exiled in New York during the war.

As with any intellectual history, there is more to “the turn toward performance” than meets the eye: there is considerable buildup across a broad intellectual front, including the introduction of existentialism into the American academy and public culture. (E.g., William Barrett’s The Irrational Man [1958] — see note below). A consideration of these broader trends would reveal that the acceptance of work by Martin Heidegger, Jean-Paul Sartre, and Albert Camus following the second World War was anticipated by work in American philosophy, such as John Dewey’s Art as Experience (1934) and Kenneth Burke’s Philosophy of Literary Form (1941). Some of the effort to discern a particular American culture was in response to the rise of rich international connections (which manifested in politics as a concern over communism), many of which were brought about by displaced intellectuals who came to the U.S. in the thirties and forties. Some of them stayed and the result was that American intellectuals interested in work by Roman Jakobson found him referring to work by Vladimir Propp and Mikhail Bakhtin, and so American scholars found themselves confronted by an entire school of literary theory, now known as Russian formalism, which interacted somewhat with their emerging interest in structuralism as it had been developed in France by Lévi-Strauss, Piaget, Lacan, and others. (And all of this ignores the many contributions of the Frankfurt School during this time.)

Note: If you have never had the chance to read Barrett’s The Irrational Man, I highly recommend it. A survey of its chapter titles should prove reason enough: from “The Encounter with Nothingness” and “The Testimony of Modern Art” to “The Place of the Furies,” the book was the gateway to existentialism, and thus also phenomenology, for many. 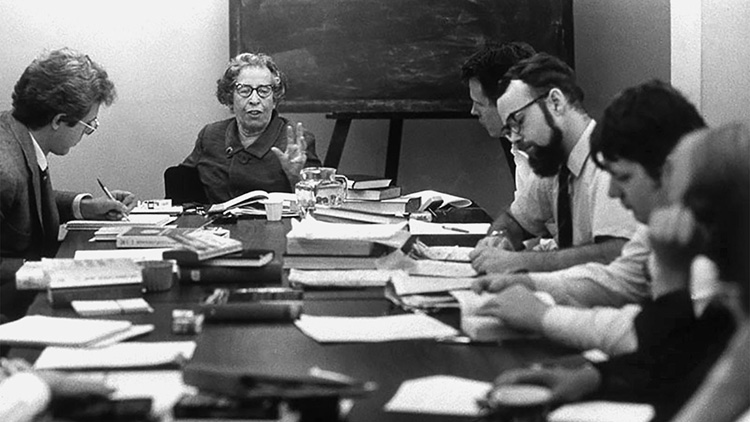