Mehrdad Yazdani pointed out that some of my problems in normalization may have been the result of not having the right pieces in place, and so suggested some changes to the sentiments.py script. The result would seem to suggest that the two distributions are now comparable in scale — as well as on the same x-axis. (My Python-fu is not strong enough, yet, for me to determine how this error crept in.) 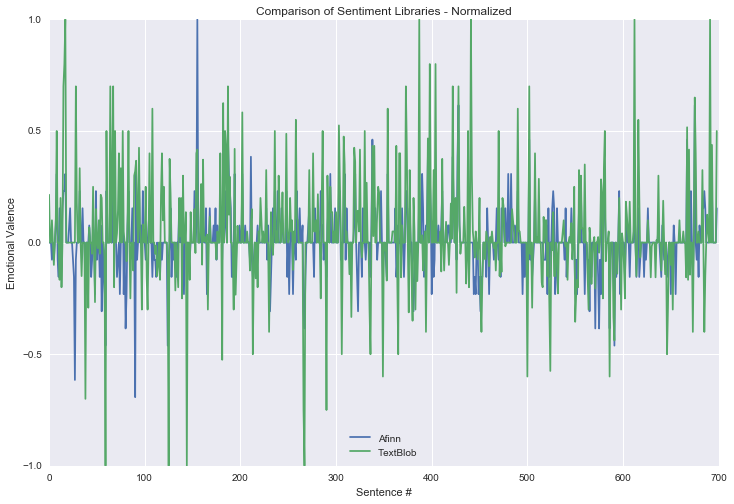 When I run these results through my averaging function, however, I get significant vertical compression: 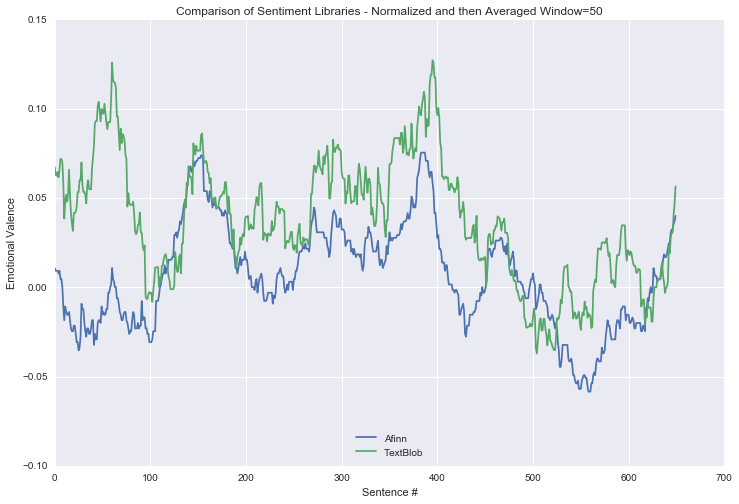 If I substitute np.linalg.norm(a_list) for np.max(np.abs(a_list)) in the script, I get the following results: 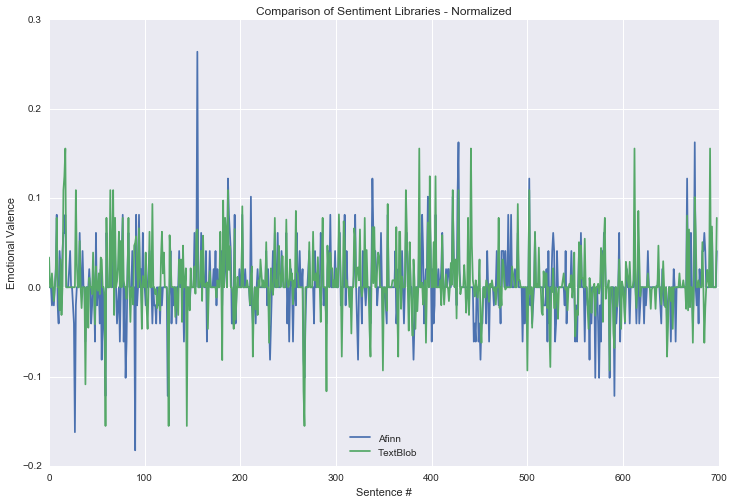 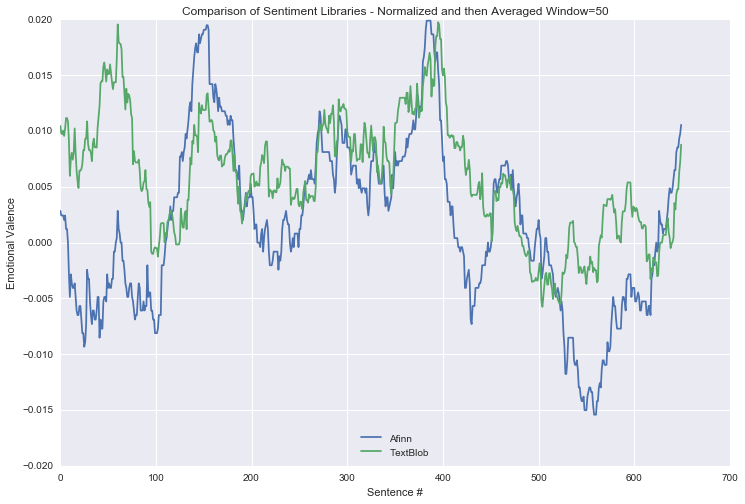