On this, the first day of 2016, I am compiling a list of open tabs in various browsers, of things favorited on Twitter, of things sent to my “reading list”, and deciding what gets forgotten, what gets noted, and what I deal with right away. (A clean up of my Evernote notebooks is next.) One of my open tabs was for a web comic that strikes me as the kind of thing my daughter might like: [Stand Still, Stay Silent](http://www.sssscomic.com/comic.php?page=1). 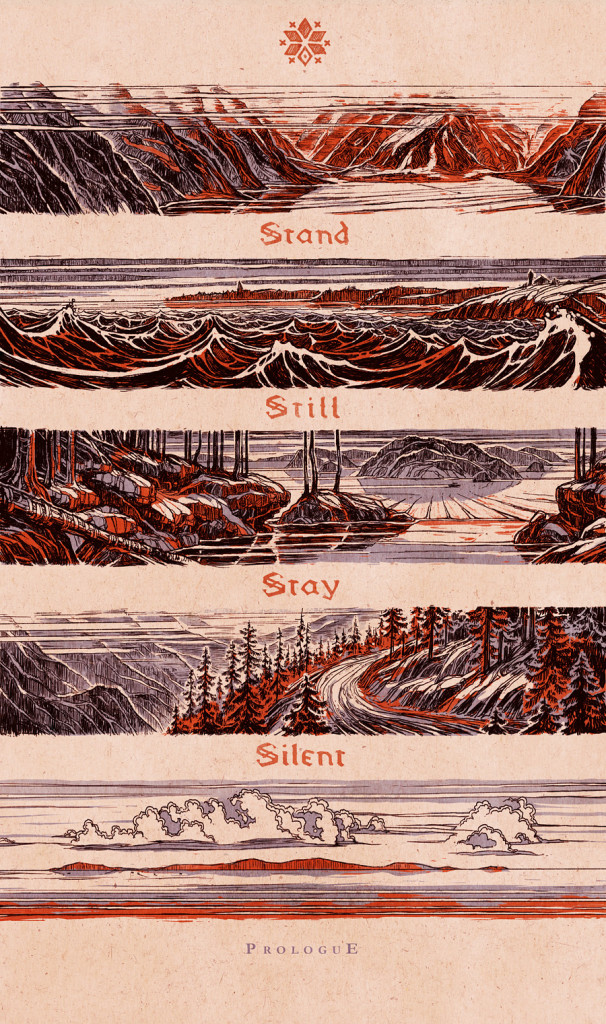 I have the hiking bug, bad. And that’s a tough thing to catch when you live in South Louisiana: especially if the hiking you have in mind looks like this:

Goat Flats in the Cascade Mountains of Washington State

Reading things like Siddharth Dedhia’s [“2 days. 36 miles.”][sd] only makes it worse. This is the kind of thing I want to do with my daughter. (And with my wife, if she’s willing to join us.)

I stopped listening to RadioLab after a while … it had, to my mind, jumped the shark, or, in public radio terms, gone the way of Ira Glass and become a show infatuated with the sound of its own voice. E.g., the show where Jad spends the entire time telling us breathlessly about the music album that has him just astounded, astounded, every time he listens to it. Good for you, Jad. Some of us listen to you for the science. (The corollary of this is the Malcolm Gladwell effect where the reporter begins to believe that they are scientists and start making shit up and thinking it’s science. It’s not science, no matter how popular you are. Science doesn’t work that way.)

Anyway, RadioLab appears to have righted itself … and I’ve come to think that maybe the real core of the show, and the reporter whom I trust in all of this is Robert Krulwich. [Krulwich maintains his own blog on the NPR website][kw], and it’s worth checking it now and then — and, if you don’t, but you read Reddit, don’t worry because his posts regularly turn up there.

In a [recent post][] he points to a video that reveals the math behind the fact that *the sum of all natural numbers is -1/12*. There’s more in the video, which is embedded in the post, and you really should check out Krulwich for yourself.